The Critic Wiki
Register
Don't have an account?
Sign In
Advertisement
in: The Sherman Family, Male Characters

S2E10 "I Can't Believe It's a Clip Show"
Martin "Marty" Sherman is the 12-13-year old son of Jay and Ardeth. He was voiced by the late Christine Cavanaugh. He is an 8th grader and class president at the United Nations International School.

Marty borrows his looks mostly from his father. With the exception of his curly hair, Marty's figure and face are nearly identical to Jay's. His most common outfit is that of a red, long-sleeved sweater over an off-white dress shirt, tan pants, and loafers.

Marty is shown to be overall kind and polite, even to the point of being seen as naive. However, there are often times were he will feel insecure about his appearance and abilities.

Jay and Ardeth have split custody over Marty since they are divorced; he lives mainly with Ardeth but has frequent visits with Jay. Him and Jay seem to have a good relationship, although in A Day at the Races and a Night at the Opera, he admits to a phycologist that he feels that Jay pretends that there's nothing wrong with Marty at all rather than addressing his son's problems.

While Marty and his father seem to get along fine, he seems to favors Ardeth more due to having more privileges in her vicinity. Sometimes he can be seen doing some outrageous activity with "Uncle Al," Ardeth's supposed boyfriend.

Carmen is a Cuban girl that Marty he met at school on Career Day. After following his father's advice, Marty goes on an (unsuccessful) date with her and then follows her back to Cuba. They confessed their feelings for one another by the end of their second date; however, due to her responsibilities in her own country she stayed in Cuba, never to be seen by Marty again.

Marty appears in every episode with the exceptions of:

Promotional art of Marty from Season 1 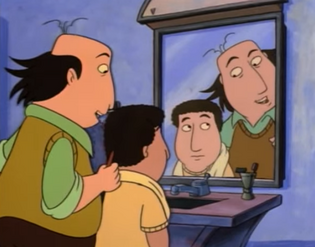 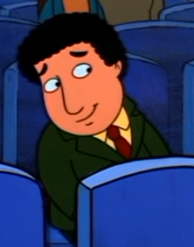 Marty in his formal wear from Marty's First Date. 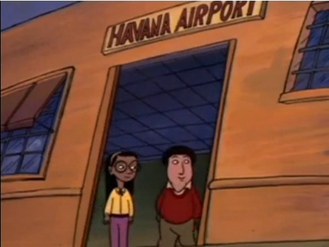 Marty and Carmen at the Havana Airport 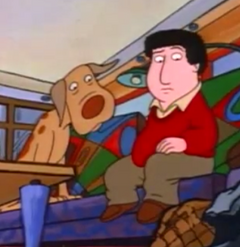 Marty and Jay's dog in A Pig Boy and His Dog 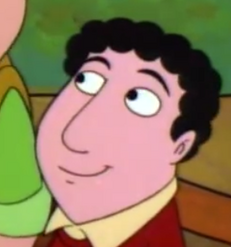 Marty, as he appears in Season 2 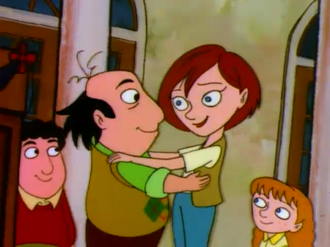 Marty with Jay, Alice, and Penny in Season 2
Community content is available under CC-BY-SA unless otherwise noted.
Advertisement